UK house prices unexpectedly surged 5.2 per cent in the year to May, according to the Halifax.

The annual increase is the fastest recorded since January 2017 and comes after a 5 per cent rise in April, the building society said.

Growth was boosted by a comparison with a particularly weak month in May 2018. The average selling price of a property across the UK in May was £237,837 after a 0.5 per cent month-to-month rise.

Experts cautioned that Halifax’s index had been an “outlier” in recent months and that other house price measures have consistently pointed to a slowdown, particularly in London and the southeast of England. 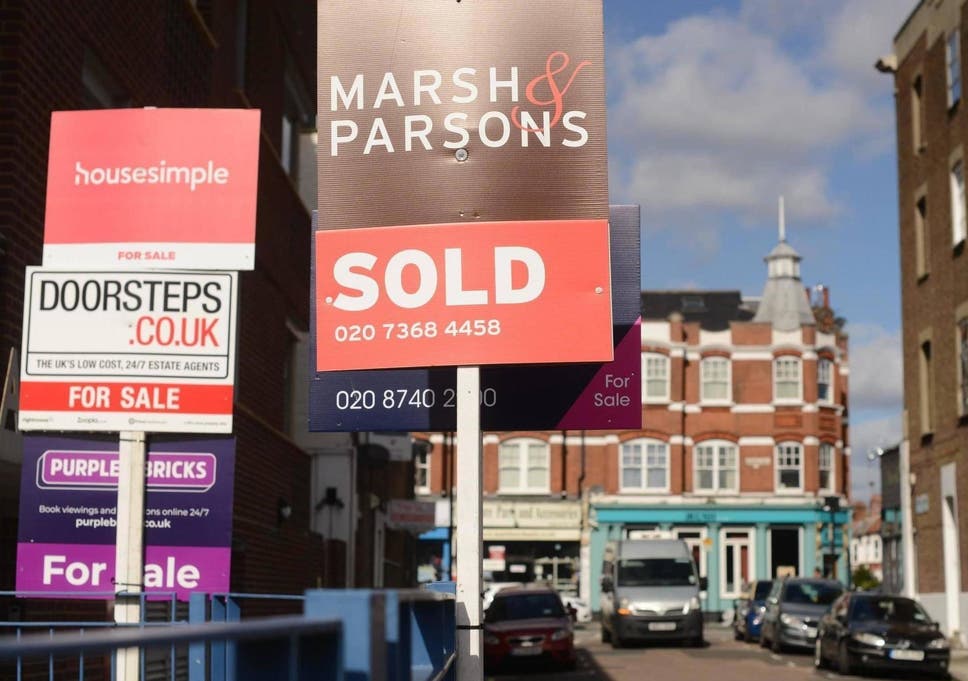 Nationwide reported that house prices fell 0.2 per cent between April and May and rose just 0.6 per cent over the year.

Official figures, which lag behind the building societies indices, showed 1.4 per cent annual growth to March.

“Despite the ongoing political and economic uncertainty, underlying conditions in the broader economy continue to underpin the housing market, particularly the twin factors of high employment and low interest rates,” he said.

“This is supported by industry-wide figures which suggest no real change in the number of homes being sold month-to-month, while Bank of England data show the number of mortgages being approved rose by almost 6 per cent in April, reversing the softness seen in the previous month.”

Halifax expects stability to continue as employment remains high and interests are low but warned that an economic downturn would be “keenly felt” in the housing market.

He said: “Regardless, we still expect year-over-year growth in house prices to strengthen to about 1.5 per cent by the end of this year, given that households’ real incomes still are rising at a solid rate, while the recent decline in interest rate expectations should reduce mortgage rates soon.”

Howard Archer, chief economic adviser at EY Item Club, said: “The majority of the current evidence across surveys points overwhelmingly to muted house prices – although some have come off their recent lows.”

Social media & sharing icons powered by UltimatelySocial
We use cookies to ensure that we give you the best experience on our website. If you continue to use this site we will assume that you are happy with it.ACCEPT